‘Tristis’ is a popular cultivar that is commonly sold as golden weeping willow in recognition of its bright golden yellow twigs and weeping form. Although its nomenclature is confused, it is considered to be one of the best of the weeping willows. It typically grows to 50-75’ tall with erect branching, an open rounded crown and pendulous golden branchlets that gracefully dip toward the ground. Year old twigs are yellow and pendulous. ‘Tristis’ is dioecious, with non-showy catkins appearing in April-May. Narrow, lanceolate, finely-toothed leaves (to 4” long and 1/2” wide) are bright green to yellow-green above and white-silky beneath. Variable fall color is usually an undistinguished pale yellow to green. From Latin, salix means willow and alba means white. Nomenclature for this golden weeping tree is quite confusing. The Royal Horticultural Society currently lists both Salix alba ‘Tristis’ misapplied and Salix alba ‘Tristis’ ambig[uous] in recognition of the fact that a number of different weeping yellow forms have been given the ‘Tristis’ name or other names now considered synonymous with ‘Tristis’ over the years.

Susceptible to numerous disease problems including blights, powdery mildew, leaf spots and cankers. It also is visited by many insect pests including aphids, scale, borers, lacebugs and caterpillars. Wood is weak and tends to crack. Branches may be damaged by ice and snow. Litter from leaves, twigs and branches may be a problem. Shallow roots may clog sewers or drains and make gardening underneath trees difficult.

Although willows are generally not considered to be good residential landscape trees, it should be noted that golden weeping willow is one of the most popular of the weeping willows available in commerce today. It has good specimen value because of its golden weeping form. It may be used effectively in moist soils along streams, ponds or other water bodies. It also can be used in low spots in the landscape where other shrubs or small trees may falter, but can be high maintenance because of its susceptibility to breakage, potential insect/disease problems, spreading roots and litter potential. 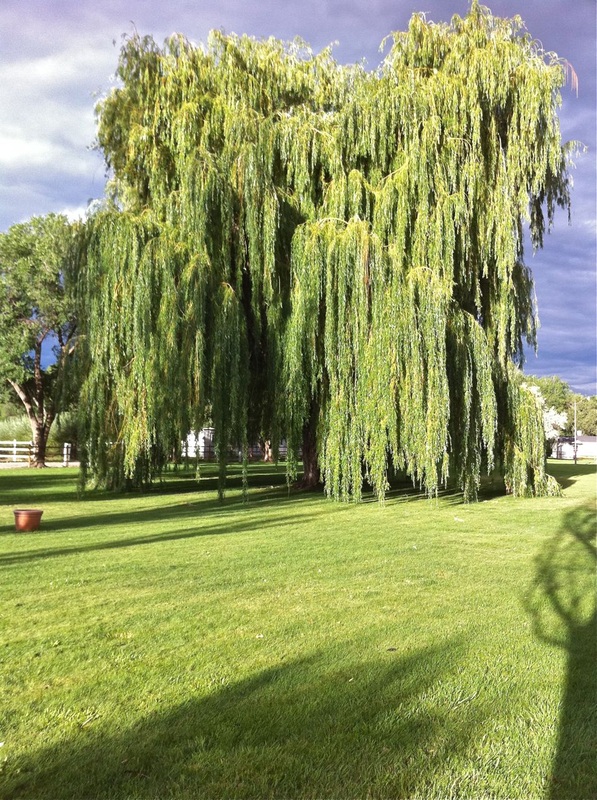