In my humble opinion, this is one of the best urban trees for Minnesota if the male is used. The female ginkgo tree produces a fleshy covered nutlet that emits an odor that is at best, unfavorable. While the nutlets are edible and widely used in some cultures, I wouldn't go to the trouble. These trees are actually more closely related to conifers than deciduous trees. This can be seen when looking at their conical form. They are tolerant to alomost anything that the urban environment can throw at them and due to their strong apical dominance, they require little pruning after establishment. So in closing, once they are established and pruned up to the hieght requirements of a city tree, they need little care. Just don't plant the female and a ginkgo tree will be mostly trouble free. 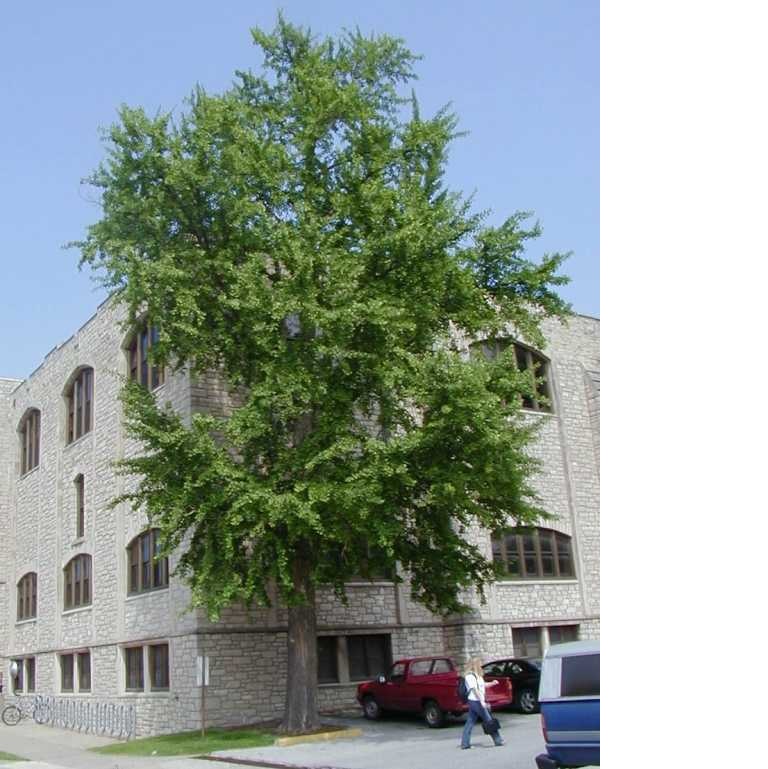