​American basswood is a very popular street tree with many uses. The wood is soft and has a fine grain, making it a popular choice for wood carving. The tree’s fragrant flowers attract pollinators and are a good choice for nectar in city areas where there are not many gardens or wild flowers. Basswood seeds are also good for those interested in wildlife, as they are often eaten by chipmunks and squirrels.

Basswood twigs grow in a zig-zag pattern and can be green, red, or brown in color. The buds, like the twigs, can be green or red. The bark on an American basswood tree tends to be gray or brown with shallow, flat-topped ridges. Its leaves are dark green on top and light green below, with a slightly heart-shaped appearance. The curved parts of the heart are at the base of the leaf, with one side being slightly larger than the other. All the way around the leaf are serrations, which give the leaf a rough/jagged edge. Basswood seeds are grayish-brown and look a bit like small nuts. The flowers are small (about ½”), pale yellow, and hang in clusters. 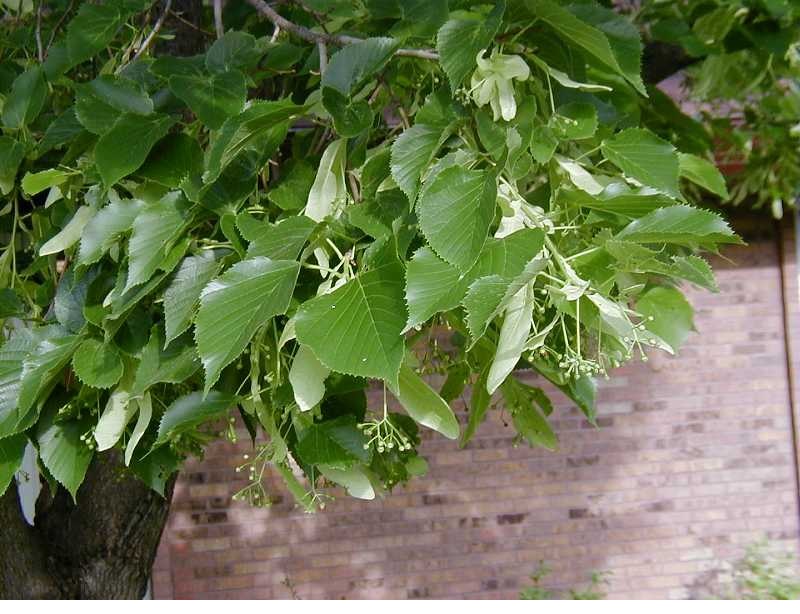 American linden or American basswood is noted for its fragrant pale yellow flowers in late spring, small nutlets with attached leafy wings and large ovate dark green leaves (to 6” long) with acuminate tips, serrate margins and uneven cordate bases. It is a medium to large deciduous tree, typically growing to 50-80’ (less frequently to 120’) tall with an ovate, rounded crown. It is native to a variety of habitats in southern Ontario and the northeastern and northcentral U.S., including dry upland areas as well as moist, low woods. Fragrant, pale yellow flowers in drooping cymes appear in June. When a tree is in full bloom, bees often visit in such abundant numbers that humming can be heard many feet from the tree. Honey made from these flowers is a prized gourmet food item. Flowers have also been used to make tea. Flowers give way to nutlets that are attached to narrow bract-like strap-shaped wings (to 5” long). Nutlets ripen in late summer. Fall color is an undistinguished pale green to pale yellow. Winter twigs and buds are red. A syrup may be made from the sweet sap in somewhat the same manner as maple sugar. The common name of basswood is derived from bastwood, in reference to the tough inner bark (bast) which has been used to make rope and mats. Wood is very light which makes it ideal for shipping crates and boxes.

No serious insect or disease problems. Verticillium wilt is infrequent, but can be fatal. Powdery mildew, leaf spots and cankers may occur. Insect visitors include borers, beetles, lacebugs, caterpillars and scale. Spider mites can do significant damage, particularly in hot, dry periods.

This tree is intolerant of city conditions. Some of the European lindens (see T. cordata, T. tomentosa and T. x europaea) may make better selections for urban areas. May be used as a lawn or shade tree. 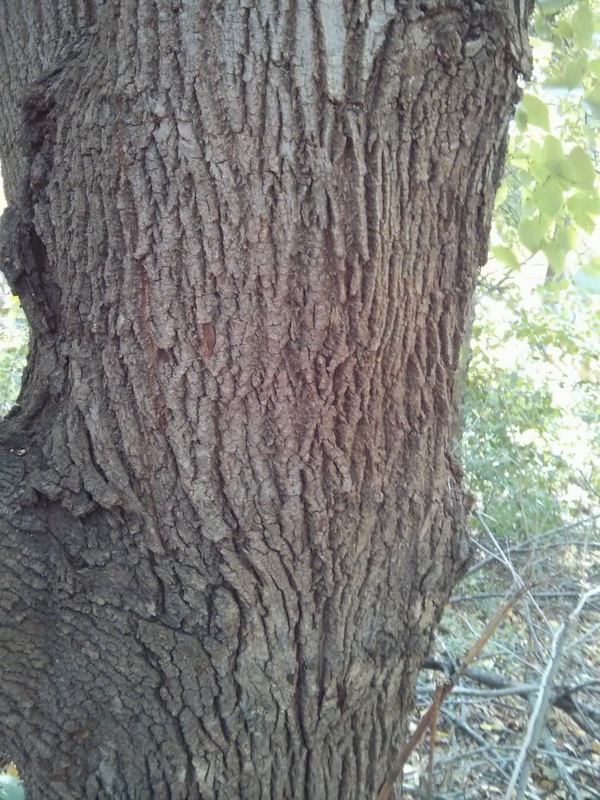 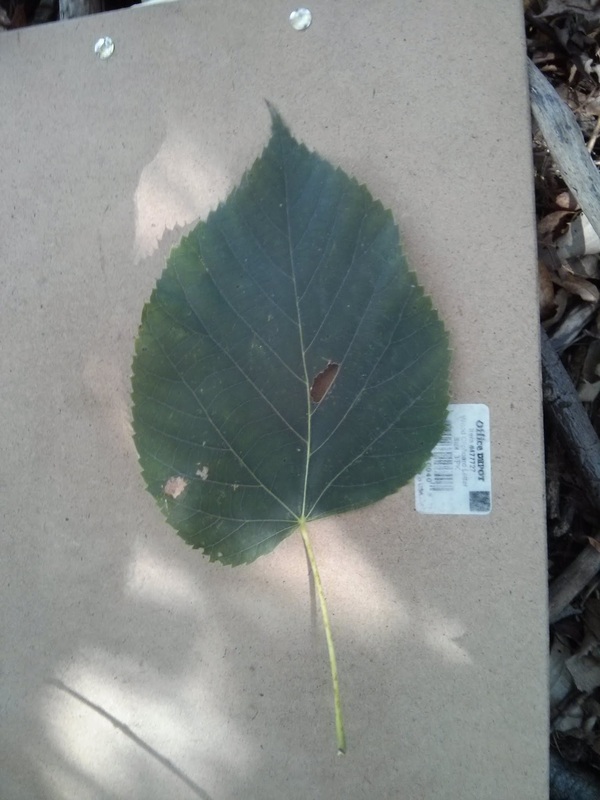 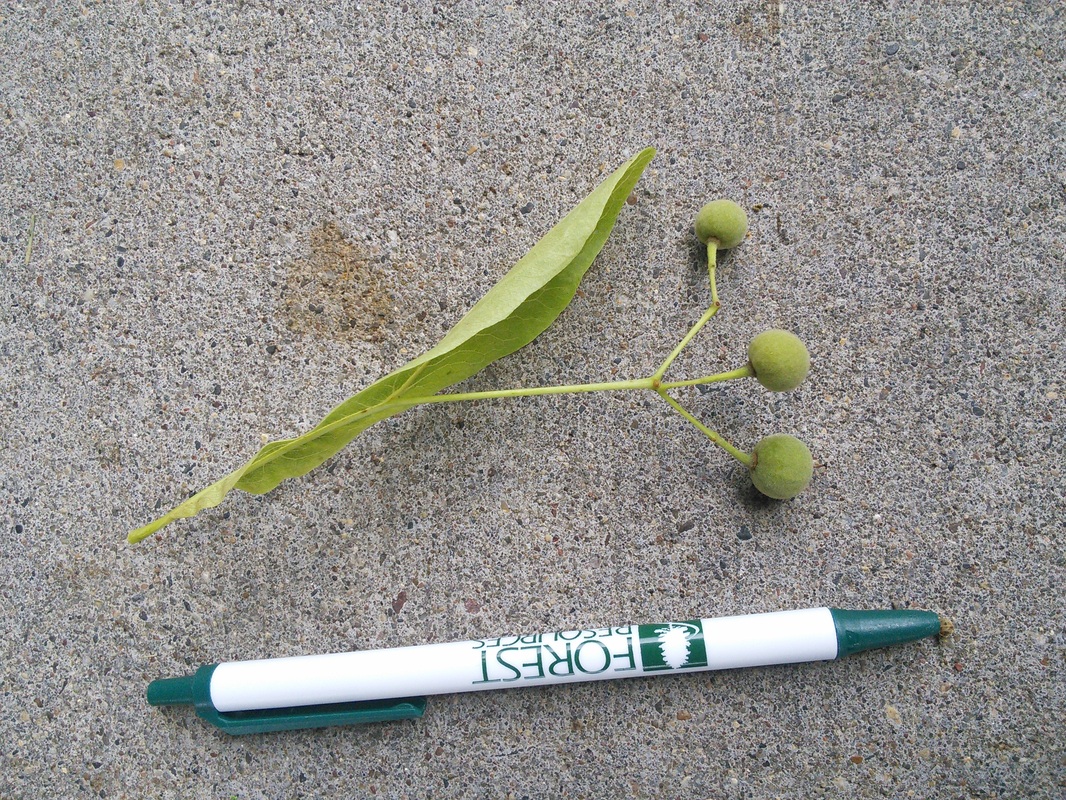 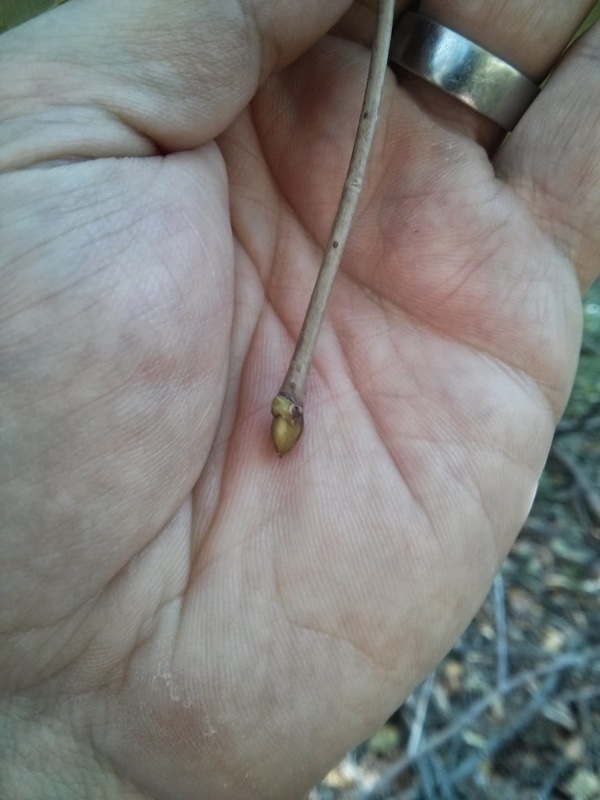