CultureBest grown in moist, well-drained soils in full sun. Best performance is in cold winter climates with cool summers. Plants  should not be grown in the eastern U. S. south of USDA Zone 6.


Noteworthy CharacteristicsBlack Hills spruce is a variety of white spruce that is native to a geographically isolated area in and around the Black Hills of South Dakota. It was originally called Picea glaucavar. densata, but many experts now designate it as Picea glauca ‘Densata’ because its differences from the species are judged insufficient to justify classification as a botanical variety. In its small native habitat, it is commonly found growing at around 6000’ in elevation. It typically grows rather slowly in a dense, symmetrical cone to 20-25’ tall, but over time may rise to 40-60’ or more. It is distinguished from the species by having (1) smaller size with slower growth rate, (2) denser habit, (3) brighter green to blue-green needles and (4) slightly shorter cones. By reputation in the horticulture industry, Black Hills spruce is a superior ornamental tree to the species. Black Hills spruce is the state tree of South Dakota. 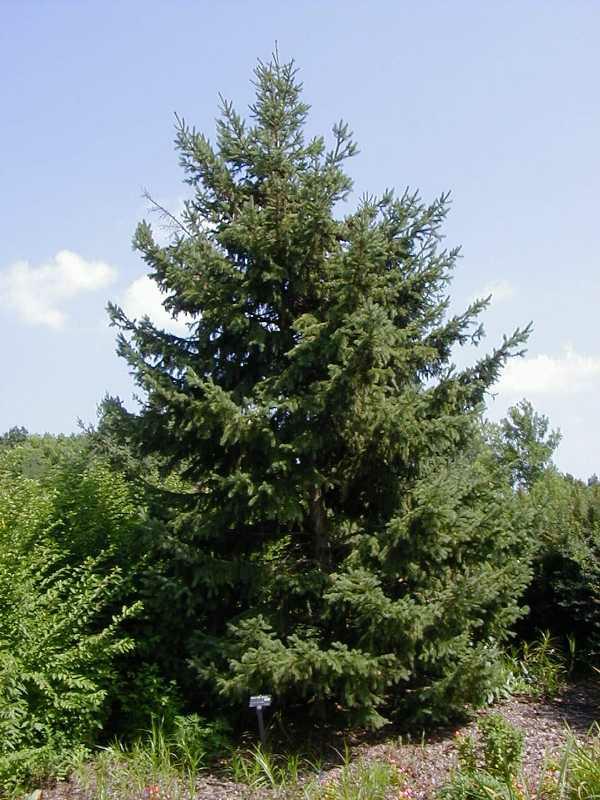 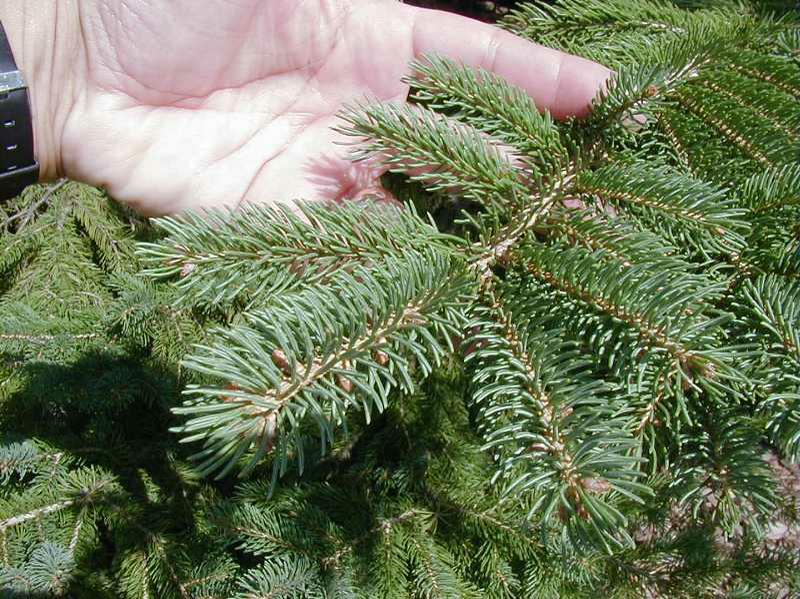